Q1. First of all lets tell our readers, who are you and where are u from…and your position in guild.

Q2. What other games have u playd and how did u found out about Neverwinter?

I played Pen & Paper D&D many years ago & discovered Baldurs Gate & Neverwinter Nights but usually I’m a RPG?Shooter fan such as teh fallout series. A colleague at work told me about NW so I started playing it & have been here pretty much ever since – almost 2 years now.

Me : I c, that is allot…considering the MMORPG status of becoming boring after a while.

Sig : With regfular content added & some great players in the Guild its not often boring for me – if I’m not „playing” I have admin to attend to.

Q3. What first apealld to u when u playd Neverwinter for the first time?

Sig :  Liked the character selection & creation as that was always my favourite thing about RPG games – working a backstory to make the characters decisions „real”

Me :True…i hate the gender lock thing…always have.

Q4. What do u like about Neverwinter….so when our visitors read it..they are compeld to join?

Sig : Tough question – there is so much to like. Well it looks amazing the areas u work in are often stunning graphically in true fantasy stye – floating islands connected by bridges – barren deserts – deep dark trap filled dungeons & best of all… Dragons. add to the mix other players to team up with all playing different classe & it is as close to P&P D&D that you can get for the feel.

Q5. Im sure everyone is asking, what are the pro`s regarding Neverwinter, from ur point of view?

Sig : Almost endless gameplay & variations if you play more than 1 class … lots of companions to choose from & so much of the items & equipment you get from just playing the game. Now with the new stable you can have multiple mounts all kitted out toi help u & u can again role-play as u can take skills from 1 mount to another

Sig : 1 word – GRINDING – to get the nice stuff u have to play the same stuf over & over. Elitism & BiS [Best In Slot] the game can suffer from both leaving players feeling de-valued & difficult to RP if it is felt u MUST have this item or that weapon to be able to successfully join in.

Me : So true…im one of those feeling de-valued…

Sig : Me too often .. the only way to do it is play how u want & it is possible especially if you can surround yourself with like minded players

Q7. What can u tell us about ur Guild?

Sig : Well it’s a great Guild  we have our own castle & everything ,we are almost 2 years old & have steadily recruited players who want to join in & feel valued & part of something larger that the individual. We make no restriction on country of origin, class type age of player or level or item level of the characters our only „demand” is that players want to join in. We ask for English use in Guild chat & regular feedings of our Guild Mimic but other than that our players are free to solo as much of the game as they desire or call on members for help with anything.

Q8. Do you believe any player can become strong in Neverwinter whitout donating money?as for late game items and such?

Sig : Simply, yes i do BUT much of what real money buys you in the game is not necessarily game winning – much of it is quality of life – a biger bag or bags – better mounts to get to the fight faster. Access to teleportation ability & bank wherever u may be – not necessary but nice to speed up game time & with a guild such as our where we regularly hold competitions that anyone can win where we give high end items away its not too difficult to get good items.

Q9. Any words for the members in ur guild?

Sig : For all The Hrabingers that read this i can only say that every day & in many ways you continue to astound me with your selflessness & commitment to the Guild & the players in it  …either by giving your time to help others or running content to help us grow or recruiting new blood to keep us fresh it all counts.

Q10. Any words for any new player who wants to join Neverwinter?

Sig : Don’t rush to get to level 70 – enjoy the game & what each area offers – look everywhere & loot everything, sell what you don’t need, PM me in-game & join The Harbingers

Me : TY very much for taking the time for this interview Sig.

Sig : A real pleasure & thank u for asking me & also being 1 of the aforemention great Guildies we have. 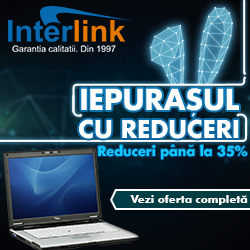